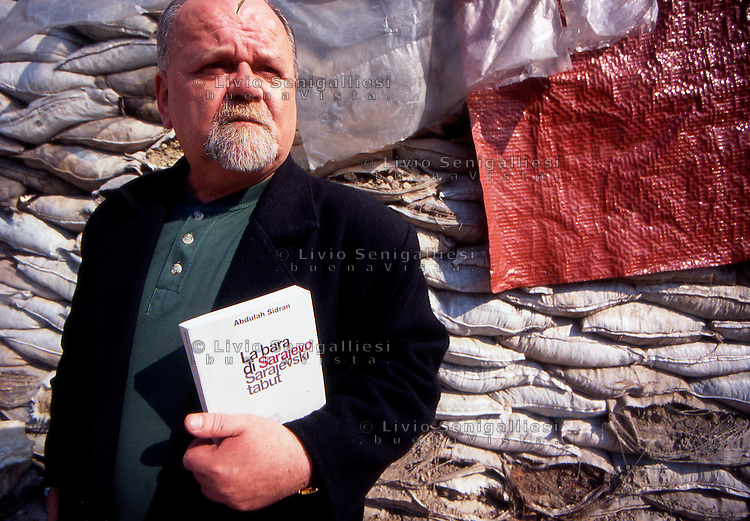 Sarajevo / BIH 1994.Abdulah Sidran was born in 1945 in Bieniesevo, in Bosnia and Herzegovina. He quickly became one of the greatest poets of Bosnia and Herzegovina, but also of all ex-Yugoslavia. Some of his collections marked the literary life of his country (Chahbase, Ars poetica, Testament of marvellous) and were partially translated into various languages. He is universally known as scenario writer of films of Emir Kusturica and Ademir Kenovi. .Photo Livio Senigalliesi